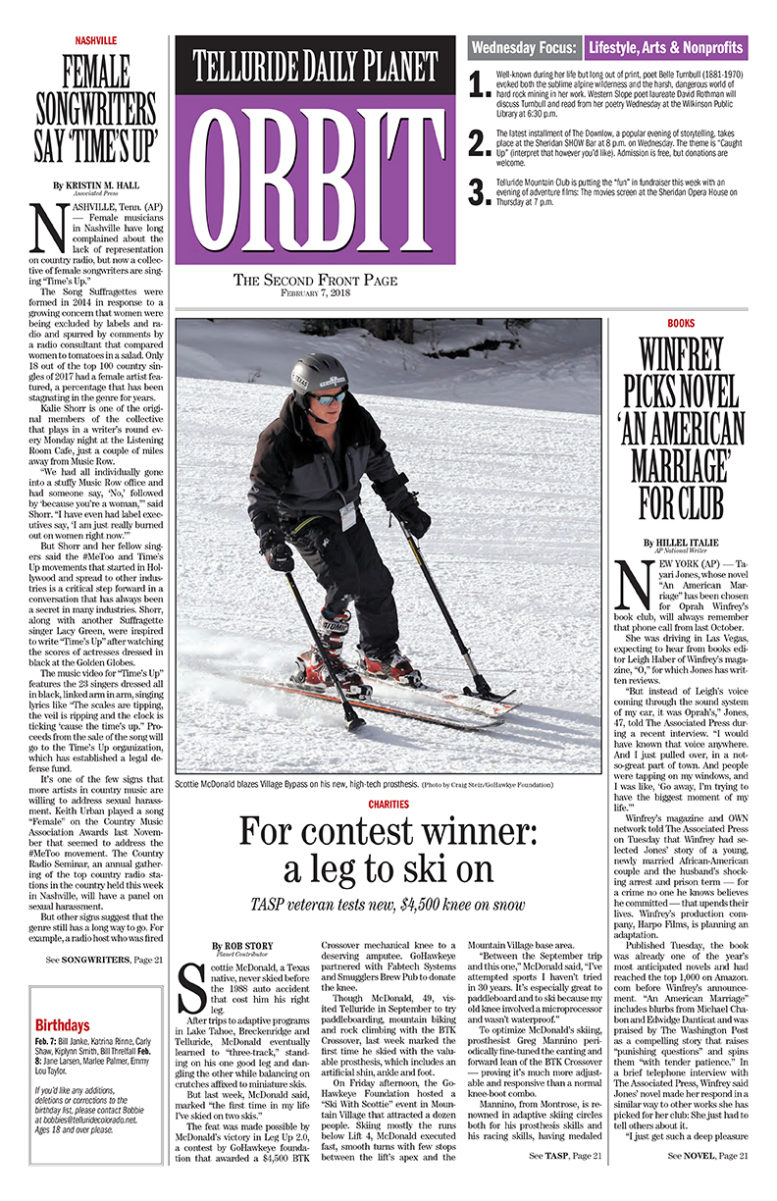 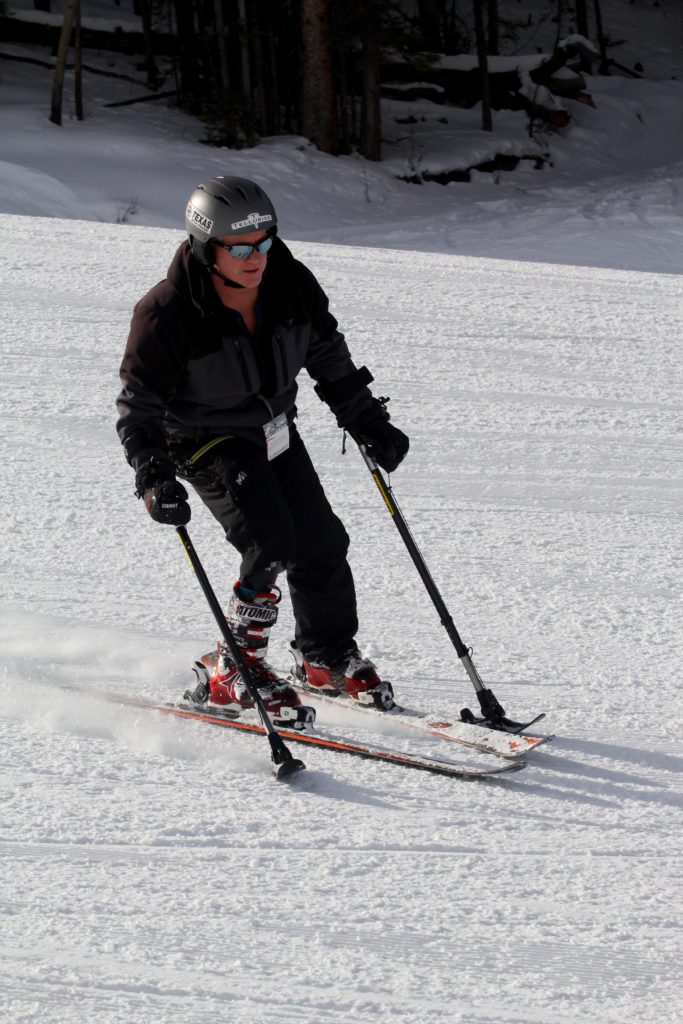 Scottie McDonald, a Texas native, never skied before the 1988 auto accident that cost him his right leg.

After trips to adaptive programs in Lake Tahoe, Breckenridge and Telluride, McDonald eventually learned to “three-track,” standing on his one good leg and dangling the other while balancing on crutches affixed to miniature skis.

The feat was made possible by McDonald’s victory in Leg Up 2.0, a contest by GoHawkeye foundation that awarded a $4,500 BTK Crossover mechanical knee to a deserving amputee. GoHawkeye partnered with Fabtech Systems and Smugglers Brew Pub to donate the knee.

Though McDonald, 49, visited Telluride in September to try paddleboarding, mountain biking and rock climbing with the BTK Crossover, last week marked the first time he skied with the valuable prosthesis, which includes an artificial shin, ankle and foot.

On Friday afternoon, the GoHawkeye Foundation hosted a “Ski With Scottie” event in Mountain Village that attracted a dozen people. Skiing mostly the runs below Lift 4, McDonald executed fast, smooth turns with few stops between the lift’s apex and the Mountain Village base area.

“Between the September trip and this one,” McDonald said, “I’ve attempted sports I haven’t tried in 30 years. It’s especially great to paddleboard and to ski because my old knee involved a microprocessor and wasn’t waterproof.”

To optimize McDonald’s skiing, prosthesist Greg Mannino periodically fine-tuned the canting and forward lean of the BTK Crossover — proving it’s much more adjustable and responsive than a normal knee-boot combo.

Mannino, from Montrose, is renowned in adaptive skiing circles both for his prosthesis skills and his racing skills, having medaled 22 times in Paralympic and World Championship alpine events.

Though McDonald — a human resources manager in the Dallas area — visits a Texas prosthesist to mold custom fits of his leg and artificial knee, he said the ability to ski with Mannino is a huge draw to Telluride’s adaptive skiing program.

After first visiting disabled skier centers in Breckenridge and Lake Tahoe, McDonald has made approximately 30 visits to the Telluride Adaptive Sports Program (TASP) and said he never wants to go anywhere else.

In the last year, Johnson said, the foundation has “helped 13 people and three organizations, disbursing $45,000 worth of grants and merchandise.”

Disabled athletes, Johnson said, “get addicted to adaptive sports, and why not? They’re getting outdoors and hauling ass, going faster than most able-bodied people. It’s a life-saving thing for them.”

Before moving to Mountain Village in 1999, Johnson toiled for 20 years as a corrections officer in the Connecticut state prison system. He said he created GoHawkeye Foundation in 2014 in part because trading prison for the San Juan Mountains showed him how lucky he was.

“I have a good, lucky life and I like giving back,” Johnson said. “I can still ski 100 days and give something back. It makes me happy to do that.” 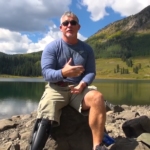 Check out this story from Scottie’s visit to Telluride during the Summer.

I’m halfway thru my fundraiser, taking a day off in quiet Chama, NM. Somebody please send a donation to help adaptive athletes! http://www.gohawkeye.org/shop 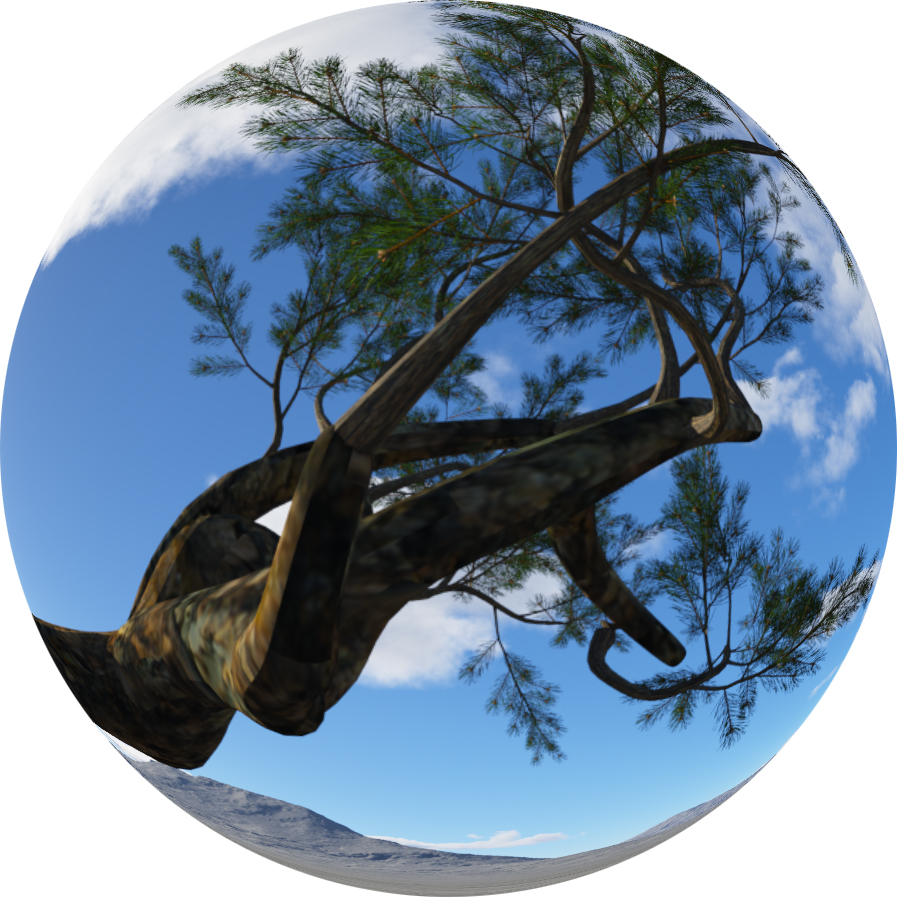