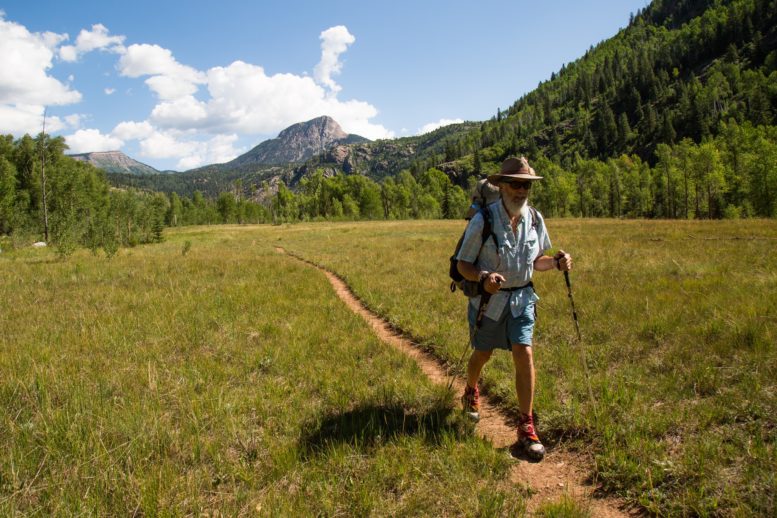 “The difficulty of this fundraiser hike is nothing compared to the difficulty faced by a person living with a disability. I’m grateful for the ability to meet this challenge and for your donations that change lives through adaptive sports.” -Hawkeye 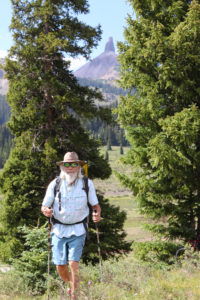 Hawkeye hit the trail again this summer on a 36-day 300-mile trek on the GoHawkeye San Juan Trail (GST) which circumnavigates the San Juan Volcanic Field and is located in the San Juan Mountains of Southwest Colorado. GoHawkeye supporters donated over $15,000 for adaptive athletes through this annual backpacking fundraiser for the GoHawkeye Foundation. 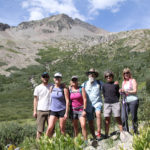 He left Telluride July 19, on foot, in a group hike with seven friends covering 9.25  miles through the Lizard Head Wilderness in the nearby San Miguel mountains. The group campout that night was joined by GoHawkeye board members and in the morning,  he continued on the GST with resupply stops in Durango, Bayfield, Pagosa Springs, Creede, Lake City, Ouray and back to Telluride, Colorado during this five-week adventure.

Hawkeye created the GST three summers ago and it has since grown from 135 to 300 miles. It traverses seven wilderness areas containing nine peaks over 14,000 feet. Hawkeye bagged four of these peaks on the way while he fished pristine streams, camped under starry skies, hiked through blazing hot bark beetle kill zones and roamed through lush high alpine fields and forests. He followed established trails and forest roads with some off-trail bushwhacking thrown in for fun. 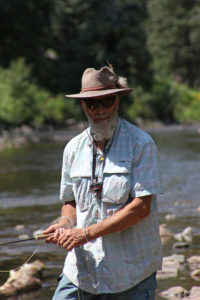 Fishing on the Animas River. Photo by Paul Bikis.

Early season rains put out threatening forest fires then followed by a month of dry weather that provided the spectacular backdrop to this beautiful high alpine trail which is very challenging combining 300 miles with a vertical gain/loss of 66,000 feet! Hawkeye packed a fly rod for some trout fishing to keep his mind off the daunting journey. He was met by friends, periodically, along this route with an average elevation of 10,400 feet. 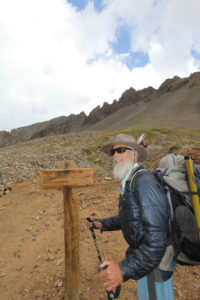 Supporters donated per mile and some even donated extra for the fourteeners he climbed! With these funds, GoHawkeye provides grants for equipment and experiences to adaptive athletes. Since it’s inception in 2014 as a 501(c)3 non-profit, the all volunteer-driven, GoHawkeye Foundation has provided over $78,000 to 26 adaptive athletes and adaptive organizations. Please help us change lives. Donations are tax-deductible and can be made HERE!