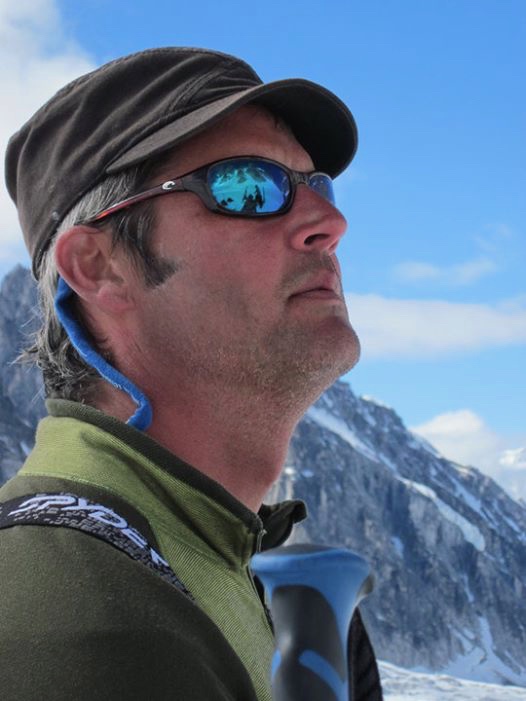 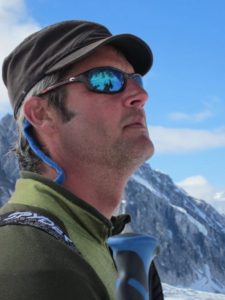 The recent passing of GoHawkeye co-founder Steve Hodges has left us in shock and deeply saddened. Steve was a guiding force in the formation of the GoHawkeye Foundation and in developing our mission and philosophy. The idea of our organization was hatched in his home which also served as our ofﬁice and clubhouse for many years.I met Steve at a Telluride Adaptive Sports Program (TASP) ski camp in 2007 and when he said his goal was to ski double black terrain, I offered to be his coach. It wasn’t long before Steve became a volunteer with TASP and when Craig Stein moved to town, in addition to teaching adaptive skiing, we began making promotional and ski camp videos for TASP. We would mount cameras on Steve or his sit ski, sometimes on elaborate homemade frames, then expected him to ski and get the shot. On top of that we found out he had video editing skills which we put to use right away. We had great fun and soon started making off road hand cycle videos in the summer. Steve and I started making adaptive ﬁlms with Craig as director.  First “Load Bearing” and then “Off The Hook”,  both played at Mountainﬁlm festival in Telluride.  In OTH, Steve played hand cycle bike builder Jake O’Connor’s double for indoor and riding sequences. Even the ever present Roba had a part in the ﬁlm. During this time we often camped out in the surrounding mountains, Steve loved to be outdoors. 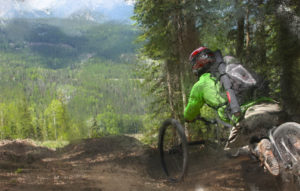 Steve Hodges was the stunt rider and model for this production artwork during filming of “Off The Hook”. Illustration by Craig Stein.

For our next ﬁlm project, we decided to hold an essay contest to award one of Jake’s custom built off road hand cycles to the winner, provide an outdoor experience of their choosing and create a short ﬁlm about their story. This is when the seeds of GoHawkeye began to germinate.

We had friends willing to support this effort and it became apparent that creating a non-proﬁt would be the best way to help everyone. First, we needed some board of directors so Tracy Holiday, Scott Stewart, Rube Felicelli and Jan Newell joined the crew. Tracy, Scott and I wrote the articles, Rube suggested the name and Steve expanded and defined our mission. 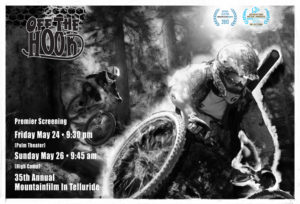 “Off The Hook” premiere poster from MountainFilm In Telluride. Steve Hodges was the model. Illustration by Craig Stein

Steve never complained about anything, he had a smile for everyone that always lit up the room when he entered. His mission was to experience as much life as possible and he was good at it! He was modest about his accomplishments and cared a lot about others so naturally,  he had a very cool dog, Roba.  She would nonchalantly occupy a bar stool during our many brainstorm sessions and was treated by patrons like a regular.

Steve loved to cook and host dinner gatherings and he always called Steven Norman to help him. They would whip up delicious seafood, gumbo or even a turducken. We had many great parties at Steve’s house.

We want to always remember Steve Hodges and the lessons on how to live life that we learned by just being around him. We have set up a memorial fund in his name Steve Hodges  that is dedicated to helping spinal cord injury athletes attend adaptive ski, bike and water sport camps.

Steve would be proud of the outpouring of support through this fund of the GoHawkeye Foundation for adaptive athletes. The ﬁrst to beneﬁt will be Wendy Ong who sustained severe injuries in a climbing accident that left her a T-10 Incomplete Spinal Cord injury. Defying doctors expectations, Wendy has fought through physical and emotional barriers to regain her former active outdoor lifestyle. Since then, she has become a two-time Paraclimbing Nationals champion and represented the USA at the 2014 and 2016 International Federation of Sports Climbing World Championships. GoHawkeye is proud to fund Wendy’s participation in the 2017 Chile All-Mountain Freeride Ski Camp organized by TASP. This unique experience is the only adaptive ski camp taking place at an international resort and we are confident that attending this camp and the subsequent cultural exchange will help continue to fuel her passion for the benefits of outdoor recreation.

Steve Hodges will be missed by all whose lives he touched. Through the Steve Hodges Memorial  Fund he will continue to touch lives of those he has never met.

From the Mobile Register and Baldwin County:

January 5, 2017 ORANGE BEACH
Steven Ernest Hodges, age 46, a native of Bradenton, FL and a resident of Orange Beach, AL passed away Thursday, January 5, 2017. Not many personalities can be dealt a life changing hand and take it with such determination. Steve Hodges was a force of character. Paralyzed at 17 in an auto accident, Steve never wasted a single minute grieving the loss of his legs or regretting what could have been – instead he paved a road where otherwise there would have been none. For the last 30 years, Steve has met and mastered every dream. After graduating Foley High School, Steve carried his love for the outdoors and wildlife to Auburn University where he received his BA in Wildlife Biology. During college, he also discovered a passion and extreme talent for water skiing from Camp ASCCA. He began competitive skiing which would later lead him to receive four World Disabled Waterski Championship Medals (one of which was a world record 23.5 meter jump) as well as 5 gold, 4 silver, and 3 bronze national medals. His water skiing competitions took him around the US and all the way to London. If Steve had a mission in life, it was to achieve as many experiences as could possibly fit into one lifetime. Once water skiing was mastered, he took on a large tract of land to manage for timber and wildlife for 10+ years outside of Union Springs, AL. He toggled his time and responsibilities in land management with a permanent residency in Key West, where he first lived on his boat at Key West Harbor, America’s Southernmost Marina, to purchasing a home and becoming a Boat Captain and SCUBA Dive Master. Life called, and Steve moved into the next chapter of his journey with a move to Telluride, CO. Not only did he master double black diamond ski slopes, but also taught other disabled skiers to stretch their boundaries. As a resident of Telluride, Steve was one of the founding board members of Go Hawkeye Foundation, an organization focused on enabling adaptive athletes and promoting the benefits of outdoor recreation and sports especially for people living with a disability. Steve’s passion for traveling took him around the world, from Antarctica to Turkey, Egypt, Greece, Israel, Italy and dozens of other countries. His travels also included nearly every corner of the states, from motor cycle riding through Yellow Stone to traversing the Rain Forest in Washington. He was an avid reader and the go-to resource from car parts to gourmet cooking to identifying the species of that bird that just flew by. His personality was magnetic and he left an incredible impression on friends he made around the world. As a son, brother, and uncle, Steve was always the taproot of the family tree. Steven is survived by his parents, Sheila Hodges of Gulf Shores, AL and his father, Ernie Hodges of Summerdale, AL; 2 sisters, Jeannie (Robbie) Jaeger of Fairhope, AL, Michelle (Jeffrey) Nelson of Foley, AL; 1 brother, Clint (Fernanda) of Daphne, AL; 1 adopted son, Zachery Hodges of Key West FL; 1 neice; 4 nephews; a host of other loving relatives & friends. The Go Hawkeye Foundation will be setting up a scholarship in Steve’s name. Anyone who wishes to contribute to this incredible organization, which Steve as a founding member of, can go to www.gohawkeye.org or mail a check to PO Box 1132, Telluride, CO 81435.

We Can’t Do It Without YOU! 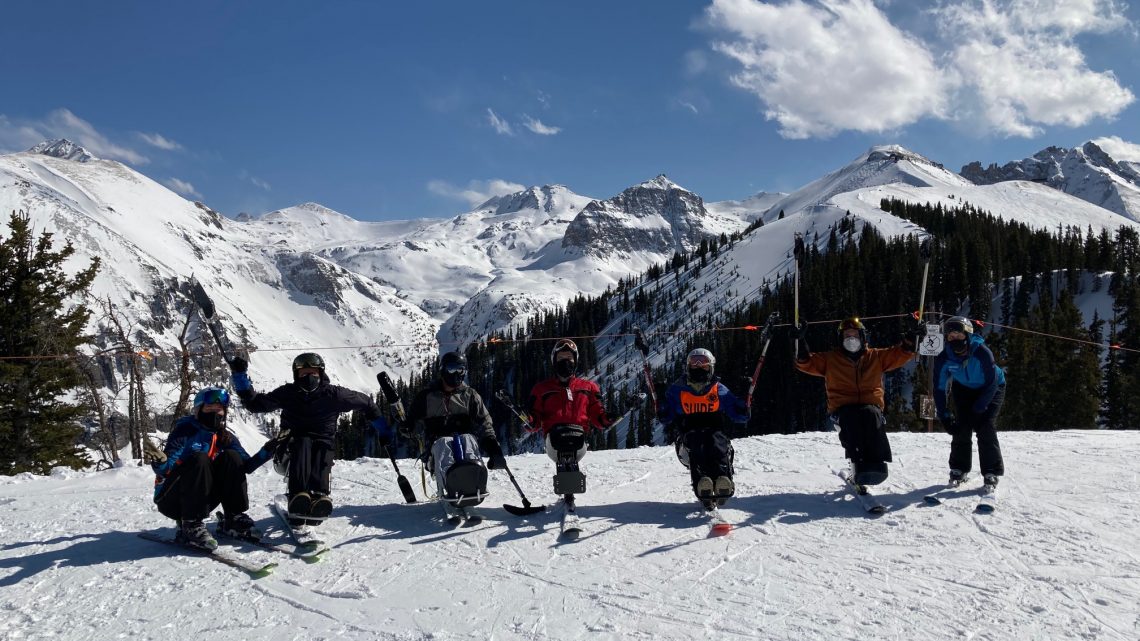 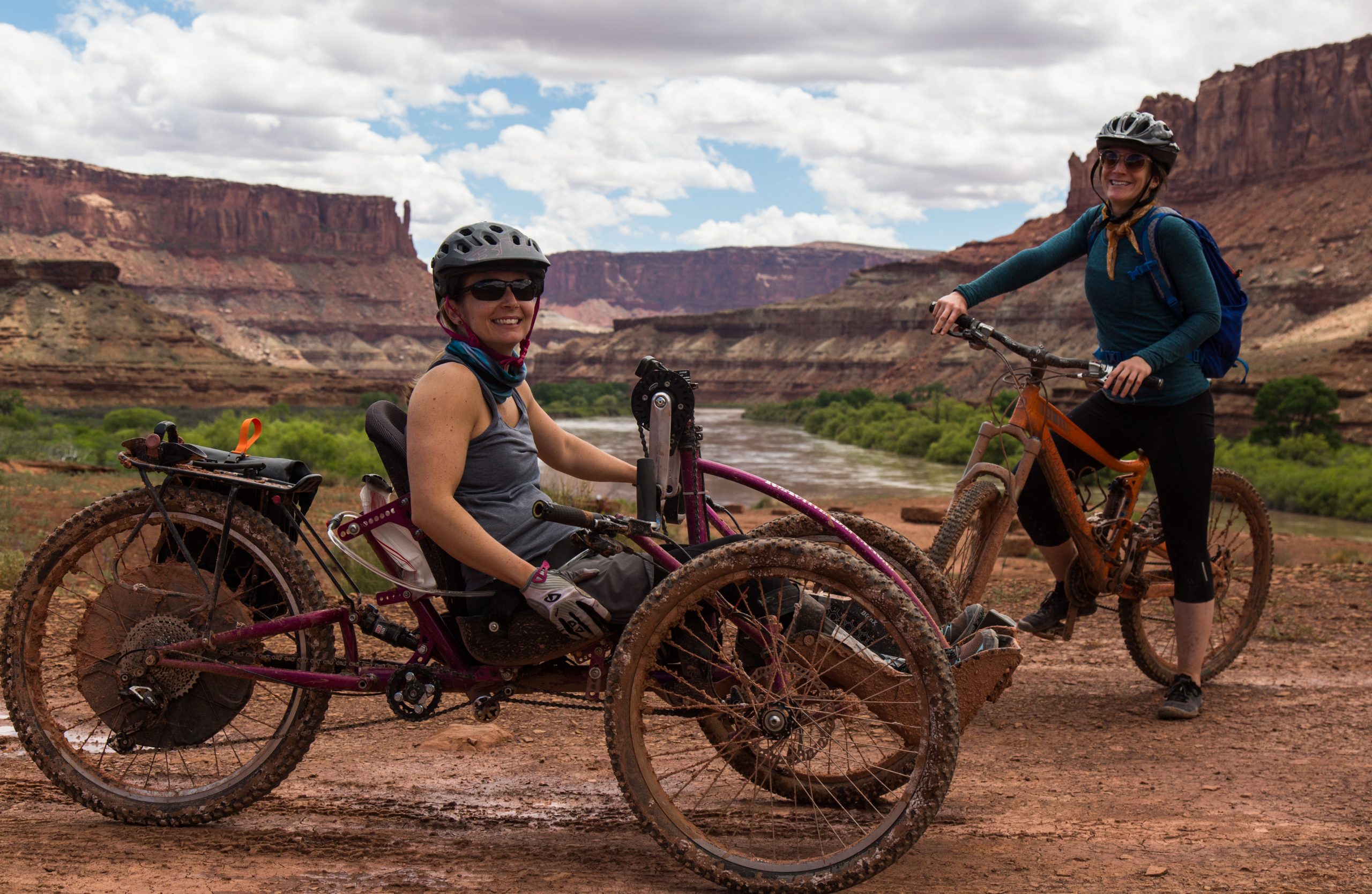 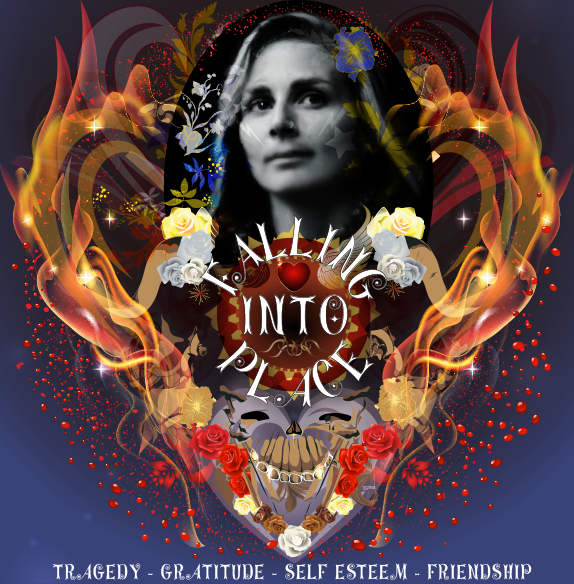 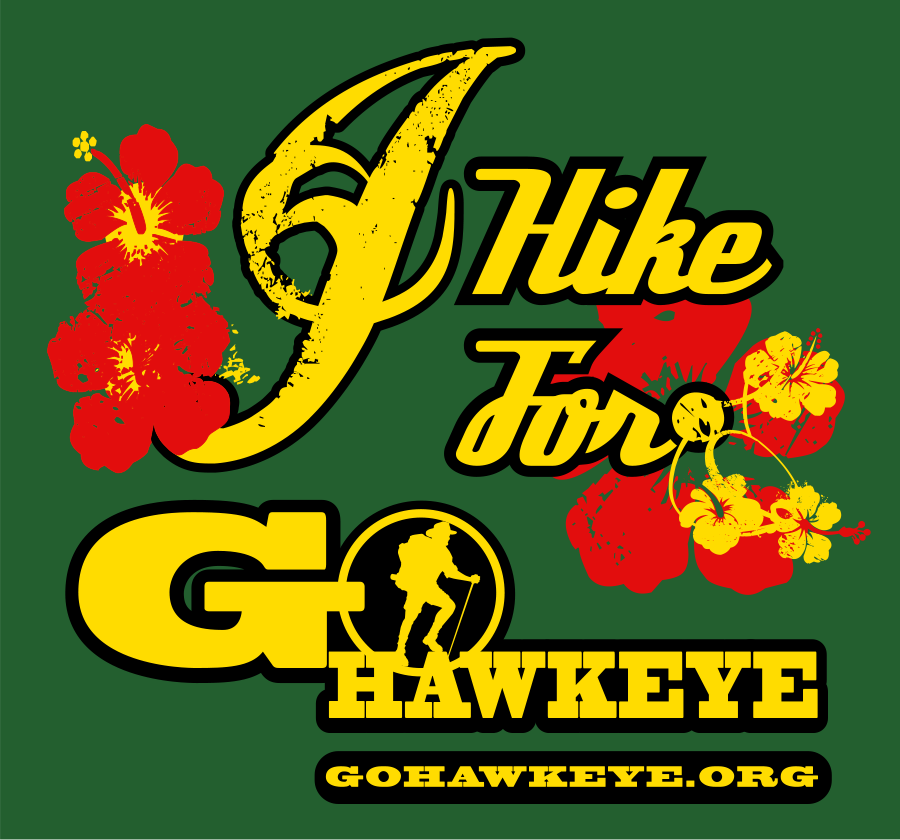 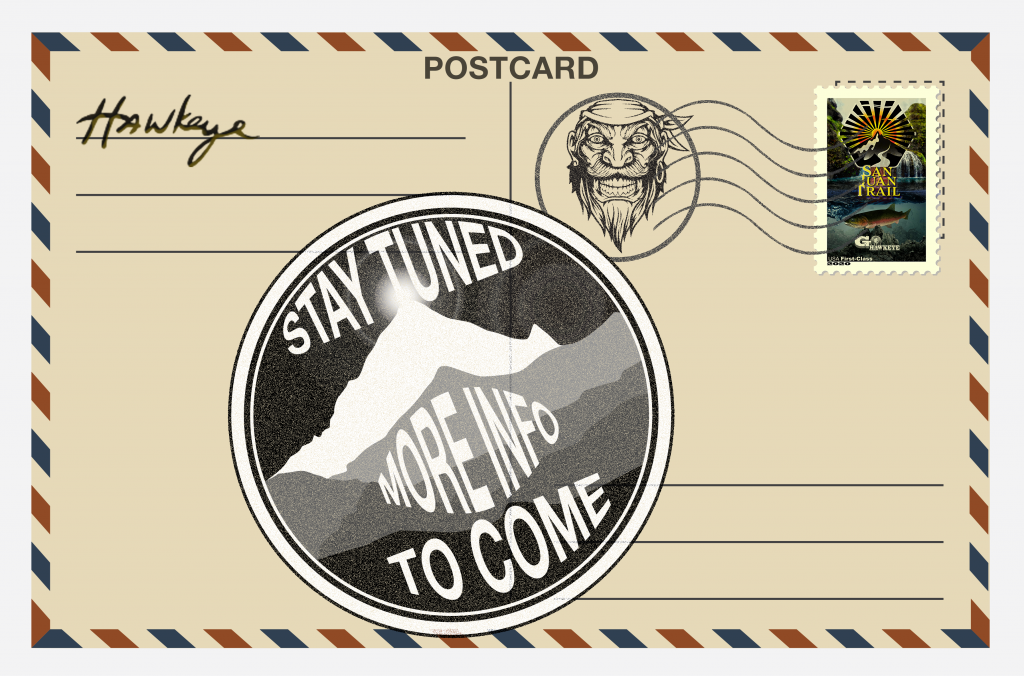